For last six months, Siya did have any time for herself. She had waited for this all her life, she so wanted to experience "motherhood". Everyone around her had painted this rosy picture and happy life with kid. After her daughter was born,  she failed to feel the happiness that people talked about. She was always busy, tired or sleepless. She did feel love for her baby, but something in her was not right.

She longed for some alone time. But found it very selfish to call it out. She wanted happiness more then ever, she yearned it, but didnt knew what to do, to get it. Giving birth didnt really feel that magical. She felt alone and deserted.
The day started like every other day, she woke up to a crying baby, waiting to be fed. She woke and broke down, she just started to sob. She didnt feel like holding her baby nor had the instinct to quickly feed her. Her husband woke up, stared at her for sometime and quickly grabbed the baby. They didnt talk, she took the baby from him and fed her. He took the baby back from her and signalled her to freshen up.
She was tired for all that, still she hesitantly went into the washroom. She took a warm shower and felt so relaxed. When she stepped out of the washroom she realised, this was her first uninterrupted shower since she delivered. She smiled at herself and settled down. She could smell coffee, she was surprised when her husband walked in with a mug of hot coffee. He gave it to her and left.
She sat near the window and devoured it. She came out n saw both her husband and daughter all dressed up. She was curious, she asked, "where are we going?" Her husband replied, "it's just us, please dont tag along...its papa-beti timeout". She was puzzled, how would he handle her alone. She insisted on coming along, but her requests were declined. She packed half the world for them to take along.
In an hour they were gone.
Suddenly, Siya felt light but restless. She was constantly thinking about the baby. She went and sat on the couch to relax a bit, she saw a packet there. It had a note written over it, "Dont worry we will be fine. I am going to be at your mom's place for today. So both of us will be treated well. Do enjoy your alone time......until we are back."
She picked the packet to realise, the sound was familiar, with tears in her eyes she opened the packet. As it is said, "Sometimes not asking for help is the biggest mistake."
She knew it was time to ask for help and find time to be herself. She switched off the television and her feet didnt stop for a while...she felt weightless, with every move she dropped every ounce of expectations and assumptions....she felt weightless...... 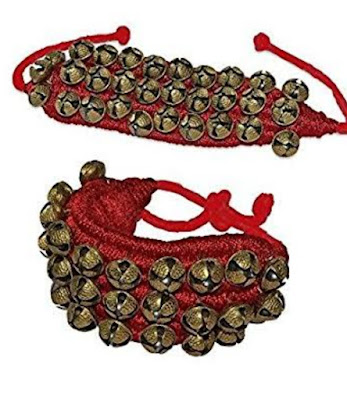