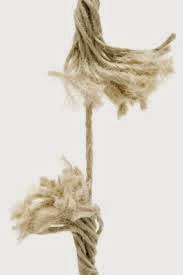 “We are no one to you. We only know your name is Riya.” started one of the men.


“You have to calm down to understand and make sense out of what we are going to say. We have seen it all but still could not understand. We were waiting for you to wake up and join the lose ends. We don’t want to keep you captive with us, that’s not our interest. We wanted you to be able to take care of yourself before we left you. That’s the sole reason why we kept ferrying you for three days.” He continued


“I don’t understand a thing, I was with Anant safe and sound. How did I land with you?” Questioned a totally tired and by know at some ease Riya.


“Let me tell you how it all started, we were going on our way. When suddenly we saw a car halt at the express way and a person was fell out. The car quickly started and sped away. We had pull the brakes real hard, or we would have had smashed you. We went and saw, we found you. You were a bit bruised but unconscious. We took you in our car and thought of dropping you at the nearest police station or hospital. We drove with you tied on the front seat of our car with the seat belt. We kept moving. After we reached near Dehu road exit. We saw the same vehicle from which you had fallen out. They had no clue you were with us. We sensed something fishy so we parked at a distance and decided to go and check what was happening there.”


Riya was listening, but was not really believing what they were saying, since she didn’t have any other option, she continued to listen to them.
“What we heard in the car made us not leave you with them” said one of the men


“Who was in the car, what are you saying, all of this makes no sense”, Riya


The man in the car was saying,” Riya’s game is over, perfect accident. We will go back in a while and call the police to come and collect the body, so that the insurance claim processing can be started. It is 1 crore right. Don’t  forget about our 10% cut” the call ended.


The man ended the call and said to his accomplice, “Yaar next time we wont take cases like this, upfront payment must be there. Waiting for the Claim  payout and all.”


The other one replied sarcastically, “Your wife makes a lot of noise these days, why don’t you buy her insurance?”They both laughed.
“After hearing this conversation we didn’t have the courage to leave you. Because that could have meant you going back to Anant, and we very well understood your eventual fate. So we started driving with you and  have been driving for last 3 days. You were unconscious. Wherever possible we took medical help from small clinic, going into a hospital meant registration of a MLC, so we avoided the same.”

They continued.Riya could now remember , how Anant was behind her for buying this insurance cover. She had joking once told him, “What will you do with money, without me?” And he would reply, “Many things, first let me have the money.” She never knew what he meant.


The man started again, “We didn’t  know what insurance he was talking about. When you told you are an orphan we could connect some lose ends”.


“All we had with you was your mobile phone, soon they must have realized that you were not where they left you. So they panicked and started calling your phone”, He continued


“We received the first call it was from the people who were hired to take care of Anant’s plan.”


Riya was sobbing she never knew this side of Anant, she so wanted to have died then and there at the expressway, what use was this life to her. She had been an orphan and the first shade of love was given to her by Anant. She would always ask him, why he choose her, and he would say he wanted someone to value his relationship and other material stuff. She was so dead inside of her right now that she didn’t want to live. She felt if money was so much more important for Anant, she would rather let him have it, she had no purpose to live.


She stood up and started walking. The four men were startled at her move.


One of them questioned her, “Anant knows we are here, he was tracking us with your mobile no. , and we four were foolish enough to have not realized that. We have to move, get in the car”


Riya kept walking, she wanted to walk and reach the end. She gestured to have her phone. They handed her the phone. She dialed Anant,” Its me Riya, please go ahead with claim processing. I am dead for you.”