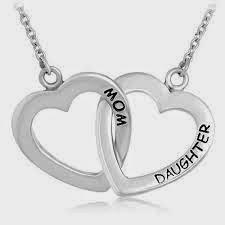 Tired after a whole day of juggling various tasks, she somehow managed to move out of office. It was already 8:30, she had to be home by now. She had to go home and cook dinner, her daughter must be back from her class by now and must be waiting for dinner.
She boarded the local train and all through her journey she kept rehearsing in her mind the sequence in which she will perform her various task as soon as she steps home so that dinner is served at the earliest. She had it all in her mind. She will wash hand, quickly chop onion and put them in the Kadhai, so that by the time they browned she could change and freshen up. In the adjacent burner of the stove she would put a few fist full of dal in the pressure cooker to cook. This was her usual way of multi tasking so that she could take maximum out of the limited time she got. She hurriedly got down at her station and rushed towards the Rickshaw stand. She knew an argument like everyday was awaiting her. She somehow managed to find a rickshaw who wished to travel the route she wanted to. It was a constant struggle. She always thought if they have to only drive on routes of their choice and not that of the passenger, then why charge the passenger. To her it seemed more like the driver charging her for a lift.

She was in the rickshaw, she called her daughter and instructed her to remove the roti dough from the fridge so that it was warm to make rotis by the time  she was home. Her daughter had a twinkle in her voice and was sounding a little in hurry. She wanted to inquire , but before she could ask the call was disconnected. She wanted to call back, but thought it would be better to relax also she was about to reach home in a few minutes. So she closed her eyes  and just tried to relax and prepare for the big rush back home. She was at the door, a fragrant aroma of hing tadka greeted her. She was lost in it for  a few moments. But soon she was back to reality and rang the door bell so that she too could quickly weave the same aromatic magic. She entered, her daughter greeted her with widest smile. She was a little confused normally a hungry kid doesn’t blush!...she thought to her self. She kept her bag and proceeded to the kitchen. Her daughter interrupted from the background. “I am not so hungry why don’t you freshen up first.”  She liked the idea, but resisted. She entered the kitchen and the same but this time a stronger aroma of hing tadka greeted her. She turned back and looked at her daughter. She was smiling. “U did this!” she uttered this with great difficulty as she was choking.

She looked at her daughter with a lot of pride and said, “ so shall I serve or you?” Daughter nodded and moved ahead to serve. She moved to the bedroom sat down and felt so good. She quickly freshened up and moved to the dining table.
The dinner was laid out. It was moong dal with hing tadka, gobhi- matar her favorite and roti. She had the first bite and hugged her daughter. Her daughter very softly and in a reluctant manner whispered something in her ear, “DO ROUND ROTIS TASTE BETTER THAN NON- ROUND ONES?”
Only after hearing this did she notice the shape of the rotis. She nodded her head in negation and continued to relish the first meal prepared by her daughter. She only had one thing to say, “ Its perfect dear! And you are the best daughter. Round or not round….it doesn’t matter.”
Short story