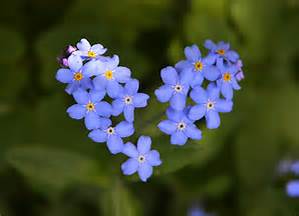 Sakhi woke up will a startle, it was 8 already she had to get little Rhea ready for school. Pack her tiffin, give her a bath, tidy up her hair. She had so much to do, she quickly jumped out of the bed and kept the milk for boiling, switched on the geyser so that Rhea had warm water for her batch. All this while she running around not realizing Rhea was not on the bed. She got her uniform ready and went to wake her up only to realize she was not on the bed. In fact the bed was so neat and tidy, it felt as if no one slept on it. She panicked, called out her husband but didn’t here anything back from him either. She looked around but no one was there, she reached for the phone to call her husband. She wanted to know what was happening and where were they. She kept calling not no one answered the phone. By this time she was feeling really uneasy, she felt something amiss. Suddenly she heard a hissing sound and rushed to the kitchen milk had boiled over, she didn’t care. She switched off the gas stove and  again started calling her husband.

It was over 2 hrs that she was trying to call him with no answer, The only thing that kept her calm was the thought that Rhea must be with him. She opened  the calendar in her phone to confirm if it was a weekend and she had mistaken, but it was not. And then suddenly she saw something and felt numb, she could feel a tear roll down her cheek. She felt cold and dead, but shivering with sweat. She Saw Rhea and Alok’s pictures on the wall and a strange fume covering them. She didn’t know what was it, she wanted to blow it away and but her tears made her vison blur and hazy. She collected all her strength and stood up.