ME n my READERS 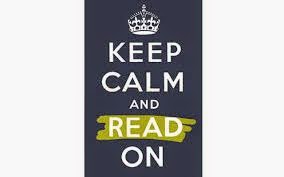 Okay people, so I have been blogging for a while now and I have a bank of dependable readers. These are people who know me and so read my blog and some are people who read my blog and so know me. I blog for them and bully them all the time. Anybody who is in my distribution list will vouch for the fact that I torment them incessantly and real bad. Can’t help it, I am like that. So as soon as my post is ready first thing I do is I have it all over. You cannot run from me and say I didn’t get a notification because my post link is all over. Its on Facebook, Twitter, Google+, on your watsapp and I am still thinking of new ways to interrupt you with my ever new pieces of work. If you think my creative streak ends  with posting a new blog post, you are wrong. I think less when I write and more after I post it. I have to keep thinking of new ways to ask people to first read, then nudge them for feedback and then for a like on my blog and on FB and then a share on Google+, FB or a retweet…. So as you can see I don’t expect much in return of a good post.

And if I don’t get any of the above within few minutes of posting the post…comes a new reminder for feedback. I swear I have put in more time and creativity in pressing people without making it look obvious(I know its obvious……but just to make me feel good) so I ask in subtle ways or drop hints. I create curiosity by discussing the post in a circle of people. I keep sharing it again and again in FB. I keep sharing how many clicks we have had already to make the reader  feel left out if they haven’t already clicked and contributed to the ever rising no. of clicks. So you see this is the real hard work. But not every trick works on everyone. So I have to think of different and innovative tricks for every other reader. So to make things more organized and well managed. I started observing my readers and their various habits w.r.t  following my blog. So my dear readers believe me I love you more than I love my blog. And if you think I may take a new year resolution and improve…sorry its just the calendar that will be changing and not ME!

PS: I am waiting for a feedback, share, like…whatever you can manage the first and fastest.
My encounters